Episode #4. “Spirit of 1776” suffrage storytelling. The books by Mary Wollstonecraft got Bess in trouble. 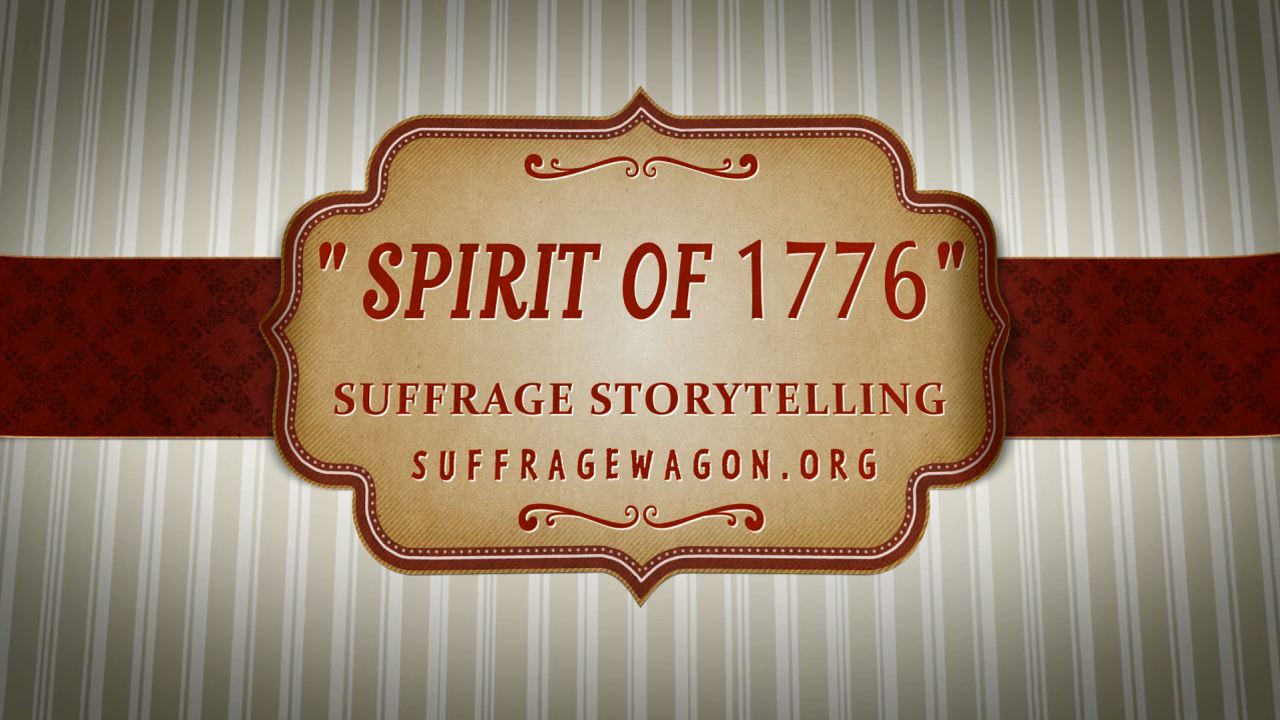 Episode #4: How Bess got in trouble for reading Mary Wollstonecraft! on Vimeo.

The problems for Bess started when her parents discovered a forbidden book under her bedroom mattress. A Vindication of the Rights of Woman by Mary Wollstonecraft (1792) started Bess on the path of finding other books that presented the idea that women and men could be equal. But to find support, Bess had to raid the school and public library. Before long, Bess had shared Mary Wollstonecraft with all her friends.

Edna’s friend, Bess, had been the little girl who got her dress dirty climbing an apple tree to pick fruit for Edna back when they were young and spent hours playing with a rose china tea set and pretending to be mothers of their dolls.

Bessie and Edna shared oolong tea, served with scones and lemon marmalade, while practicing how to hold dainty teacups and make polite conversation. Bessie’s lilting musical voice and a clear complexion summed up Bess and her childhood joyful innocence. Abolitionist and women’s rights activist Lucretia Mott’s made it known that oolong was her favorite tea. Bess and Edna wouldn’t drink anything else.

The story of Bess and several other young girls on Rubicam Avenue in Germantown appeared in the Philadelphia Inquirer in 1897 after they’d raised money for city children to leave crowded neighborhoods for summer excursions. The total of $200 collected for the Children’s Country Week Association wasn’t as important as having the names of Bess and her girlfriends mentioned in the society column. Edna’s mother, May Begley Buckman, wasn’t impressed. She said it wouldn’t be long before Bess and her friends would be raising money for hospitals after they’d landed husbands and waited for the birth of their first child. “Bess isn’t that way,” Edna insisted, but she didn’t tell her mother why she could be so certain.

Edna’s commitment to avoid marriage solidified after reading the 1788 novel by writer Mary Wollstonecraft: Mary: A Fiction. Bessie had wrapped the controversial book in newspaper and slipped it to Edna at Friends’ Central school and then returned it to the public library after Edna read it from cover to cover. Unlike Jane Eyre in the Brontë novel who delayed marriage and then later found happiness with Mr. Rochester, the fictional Mary in the Wollstonecraft novel had romantic attractions to both a man and a woman.

Mary Wollstonecrafts’s character of Mary in her novel represented a New Woman who thought for herself. She didn’t ground her future in marriage and viewed the institution as guaranteed to ruin the spirit and independence of every young woman seeking her rightful place in the world. Edna had been convinced that no young man could change her mind about marriage, that is, until she met Wilmer Kearns.

You Can’t Watch This DVD Enough!