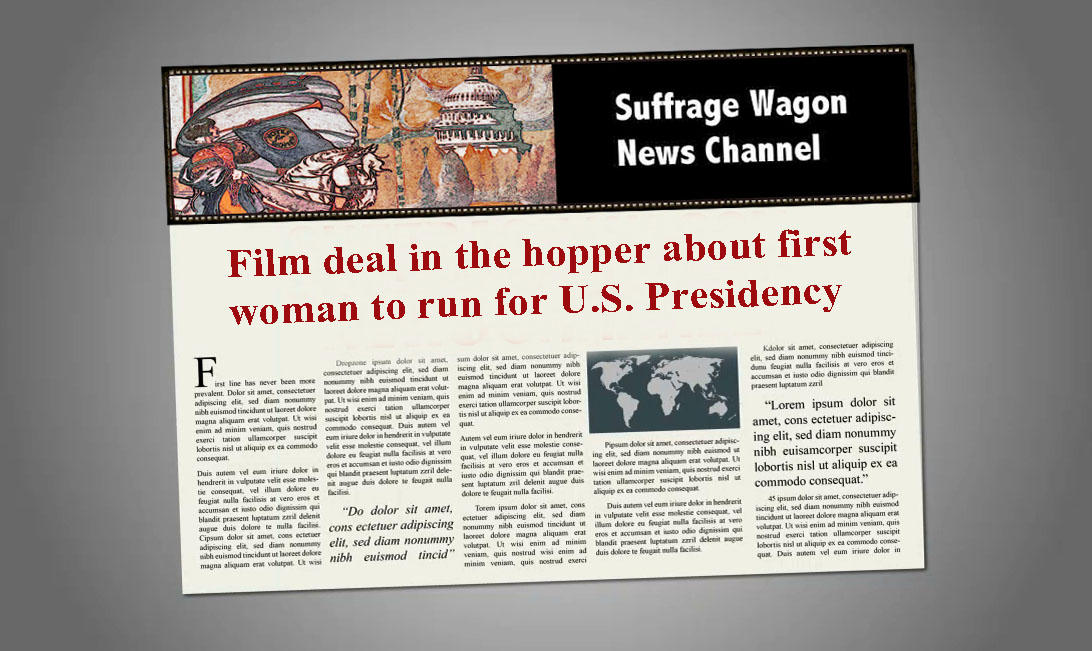 Women’s Suffrage Campaign Wagon on exhibit into 2018 at the New York State Museum on Vimeo. FILM DEAL ABOUT FIRST WOMAN TO RUN FOR U.S. PRESIDENT:

Amazon Studios has acquired Victoria Woodhull, with Oscar-winning Room star Brie Larson poised to produce, and play the first female candidate for the presidency of the United States. Amazon bought it in a pitch package deal. Woodhull, a suffrage activist, was the first woman to run and be nominated for President of the United States in 1872, more than 40 years before women had the right to vote.

SUFFRAGE MUSICAL CONCERT: Telos Trio, a musical group consisting of flute, clarinet, and piano based in Rochester, NY has two events, May 12 and July 15, to add to the suffrage centennial calendar. “Equality Now: Celebrating the New York Centennial of Women’s Suffrage” musically traces the history of women’s suffrage from 1840 when Elizabeth Cady Stanton and Lucretia Mott met at the World Anti-Slavery Convention in London to New York State approving women’s voting in 1917.

Concerts on May 12 at 7:30 pm in Rochester and July 15 at 7 pm in Seneca Falls will include “Equality Now!”, a work written for the Telos Trio by Gwyneth Walker and receiving its world premiere on May 12.  It celebrates the first women’s rights convention held in Seneca Falls, NY, in 1848. The May 12th event is scheduled at the Hochstein School of Music and Dance, 50 N Plymouth Ave, Rochester, NY 14614/ Tickets: $15/adults, $5/students and seniors; $30 VIP ticket includes pre-concert event at 6:30 pm: Conversation and Refreshments with Gwyneth Walker. Day #2 of “Night of Terror” observance: Second video to bring you up to date 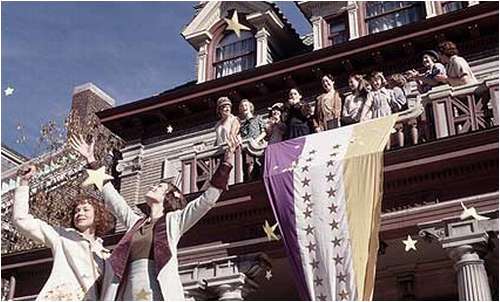 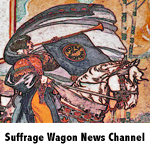