One of the tens of thousands of women who devoted their lives to winning the vote—Edna Kearns.

Edna Kearns didn’t know two contemporary New York State governors, George Pataki and Andrew Cuomo. But they are included here because these two governors were aware of her “Spirit of 1776” suffrage wagon and its strengths in terms of telling the story of women winning the vote in the state.

Edna picketed the White House of U.S. President Woodrow Wilson. And as a Long Island resident, she had correspondence with Theodore Roosevelt over the politics of woman suffrage. In 2010, the “Spirit of 1776” wagon was exhibited at the New York State Museum, and in 2012 on the second floor of the state Capitol in Albany, New York. Edna’s wagon will be exhibited at the New York State Museum in 2017, the 100th anniversary of women voting in the state. SuffrageCentennials.com for news and views about upcoming suffrage centennials.

Suffrage Wagon News Channel has been publishing since 2009. We have been called the Prairie Home Companion of the suffrage movement. 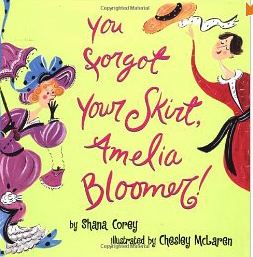