PBS special about the early women’s rights activists? Who will tell these stories? 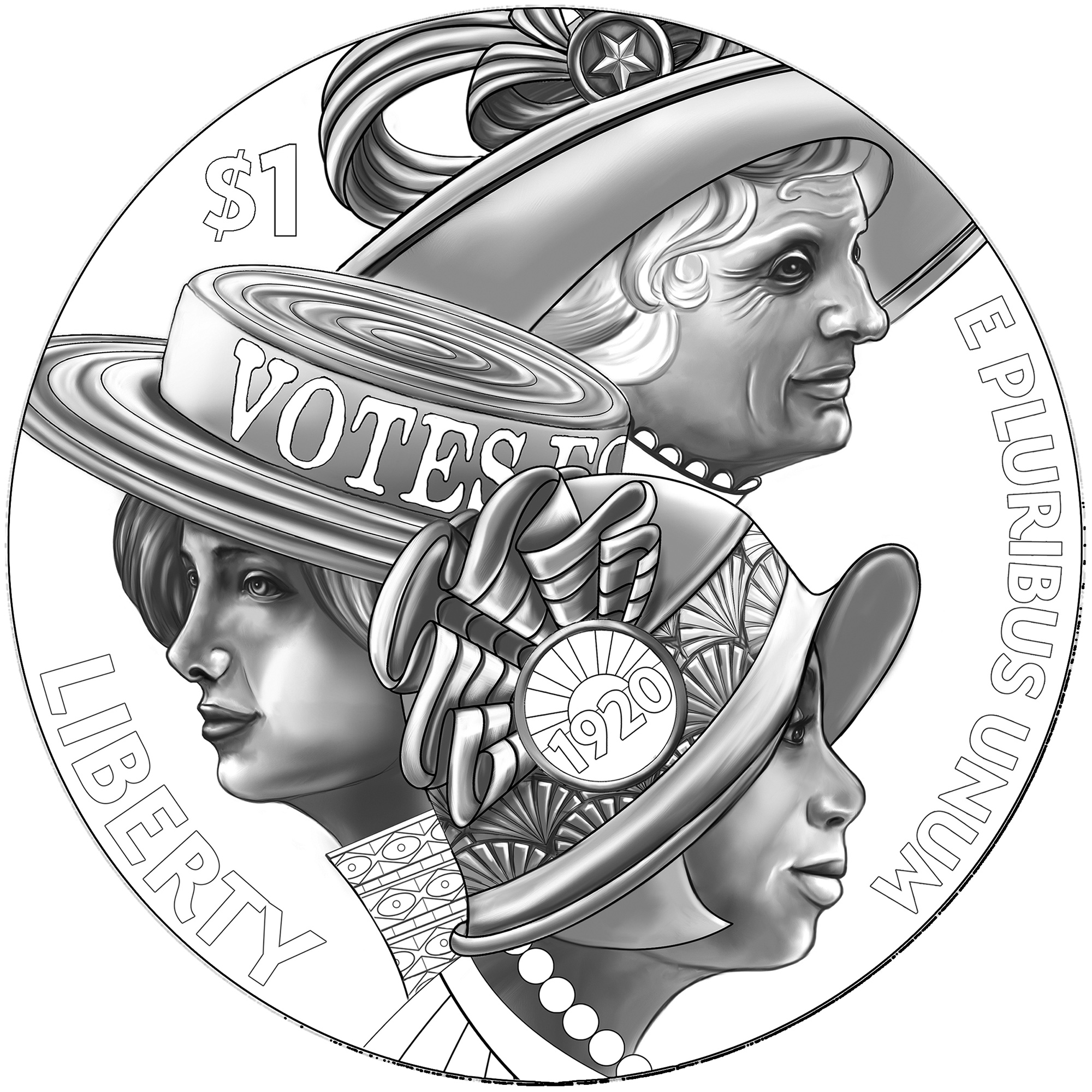 The PBS special “The Vote” is scheduled for broadcast in July 2020. Here at Suffrage Wagon News Channel, we’ll be anxious to see if the producers know the difference between footage from the UK substituting and representing the US movement.

We’ll be interested to find out if the participation and accomplishments of tens of thousands of US women and men on the grassroots are painted by a single brush and marginalized in favor of “leaders,” bureaucrats, and academic commentators.

For years, we have lobbied for inclusion of those who have grown up with this heritage in their families, those whose lives have been profoundly influenced by the activists themselves. Will the producers prefer scholars and pass over those with alive family connections to interpret how the past influences the present and future?

WHO WILL GET TO TELL THE STORY OF HOW WOMEN WON THE VOTE?

Everyone needs to speak. And the impact of this profound social movement is too important to favor one group over another. Here at Suffrage Wagon News Channel we have been lobbying for the official recognition of the 2020 suffrage centennial for years. We are not alone. The story of the extraordinary grassroots movement to celebrate 2020 will be lost unless we speak up.

What about the massive support and brilliant organization on the local level across the nation. We have never believed that one descendant speaks for all the others. That one organization stood as representing “the movement.” Do the producers realize that there were hundreds of special interest voting rights organizations in the marketplace. No one spoke in one voice to represent “the movement.”

No leader could “lead” without a strong infrastructure. Do the producers of this series realize that the entire early women’s rights movement—those of all backgrounds—has been marginalized and virtually invisible for decades?

WILL SOME SPECIAL INTERESTS SHOVE THE REAL EXPERIENCE OF DESCENDANTS ASIDE?

Who will tell these stories? And what do these tales tell us about ourselves, as well as the women and men who put their lives and reputations on the line 100 years ago? How does this story series link to the fact that after 100 years of women voting, we have not yet elected a woman to perform the job of US President?

We also have another centennial approaching. In 2023, US women have been working 100 years on guaranteeing equal rights for women in the US Constitution? Will this documentary series make a difference in representing those committed to intergenerationial social change? We’ll be asking these questions. The stakes are high. Documentaries matter.

The 2020 Women’s Suffrage Centennial Silver Dollar is authorized by Public Law 116-71 to commemorate the ratification of the 19th Amendment to the Constitution of the United States, giving women the right to vote. The legislation authorizes the Mint to strike and issue up to 400,000 $1 silver coins.

DESIGN OF THE FLILP SIDE OF THE COIN

Artistic Infusion Program artist Christina Hess designed both the obverse (heads) and reverse (tails) of the coin, which were both sculpted by United States Mint Medallic Artist Phebe Hemphill. The obverse of the coin features overlapping profiles of three distinct women. Each woman is wearing a different type of hat to symbolize the many decades the suffrage movement spanned. The figure in the foreground is wearing a cloche hat with an art deco pattern and a button with the year of the 19th Amendment’s ratification. The inscriptions “LIBERTY,” “$1,” and “E PLURIBUS UNUM” encircle the design.

THE FRONT SIDE OFTHE COIN HIGHLIGHTS THE YEAR 2020

The reverse design shows “2020” being dropped into a ballot box, styled with art deco elements to indicate the artistic style of the era. “VOTES FOR WOMEN” is inscribed inside a circle on the front of the box. The inscriptions “UNITED STATES OF AMERICA” and “IN GOD WE TRUST” are on the ballot box. 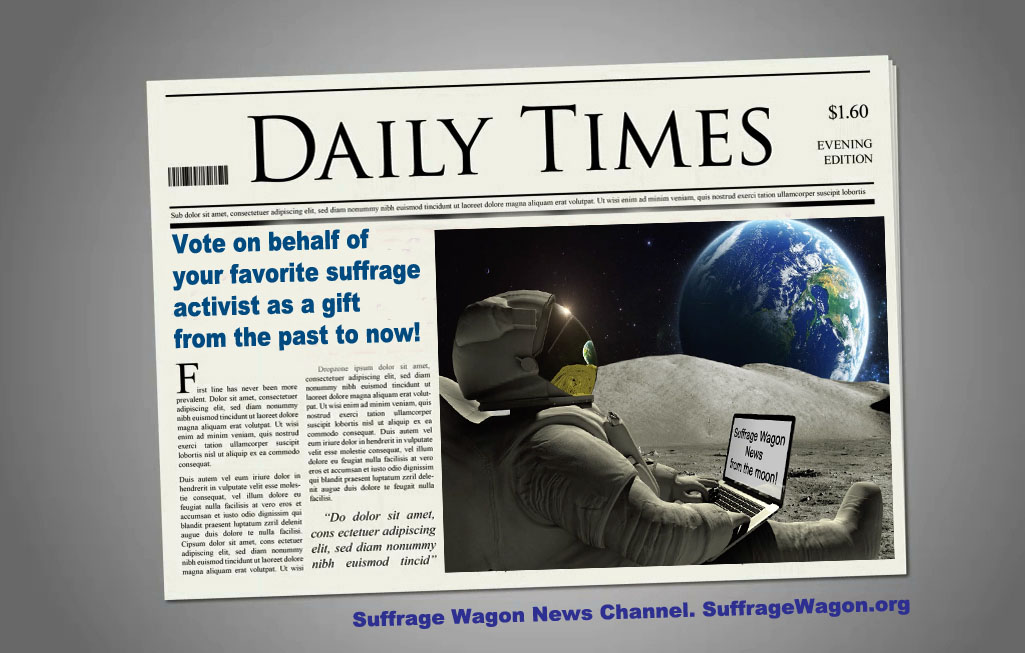 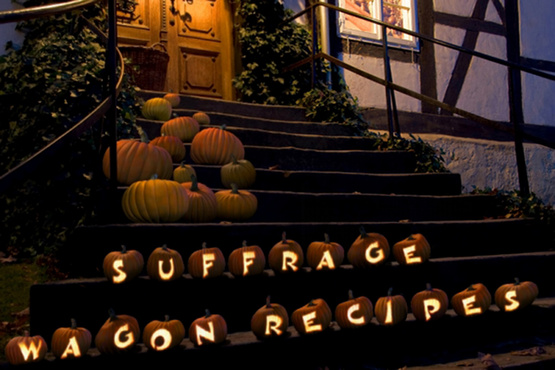 Send us your best recipes dedicated to a suffrage activist!

“The March of the Women,” classic vintage song by Elizabeth Johnson at Suffrage Wagon Cafe