My mother –Wilma Buckman Kearns– was born within a week of that historic day in November 1920 when ALL American women voted for the first time. Wilma’s mother, Edna Buckman Kearns, was a New York State suffragist who had spent more than a decade of her life, working full time on Votes for Women. And instead of being able to fulfill the hopes and dreams of the suffragists, my own mother would face the Crash of 1929, the Great Depression, World War II, and raising children during the 1950s and 1960s. It was a difficult time to be a strong independent woman. It took me years to fully appreciate the strong shoulders on which I stand. Wilma played a key role in preserving her mother’s suffrage campaign wagon, the “Spirit of 1776.” She passed away in November of 1997.

New Zealand has a suffrage centennial medal: Can the U.S. honor Inez Milholland with a presidential citizens medal? 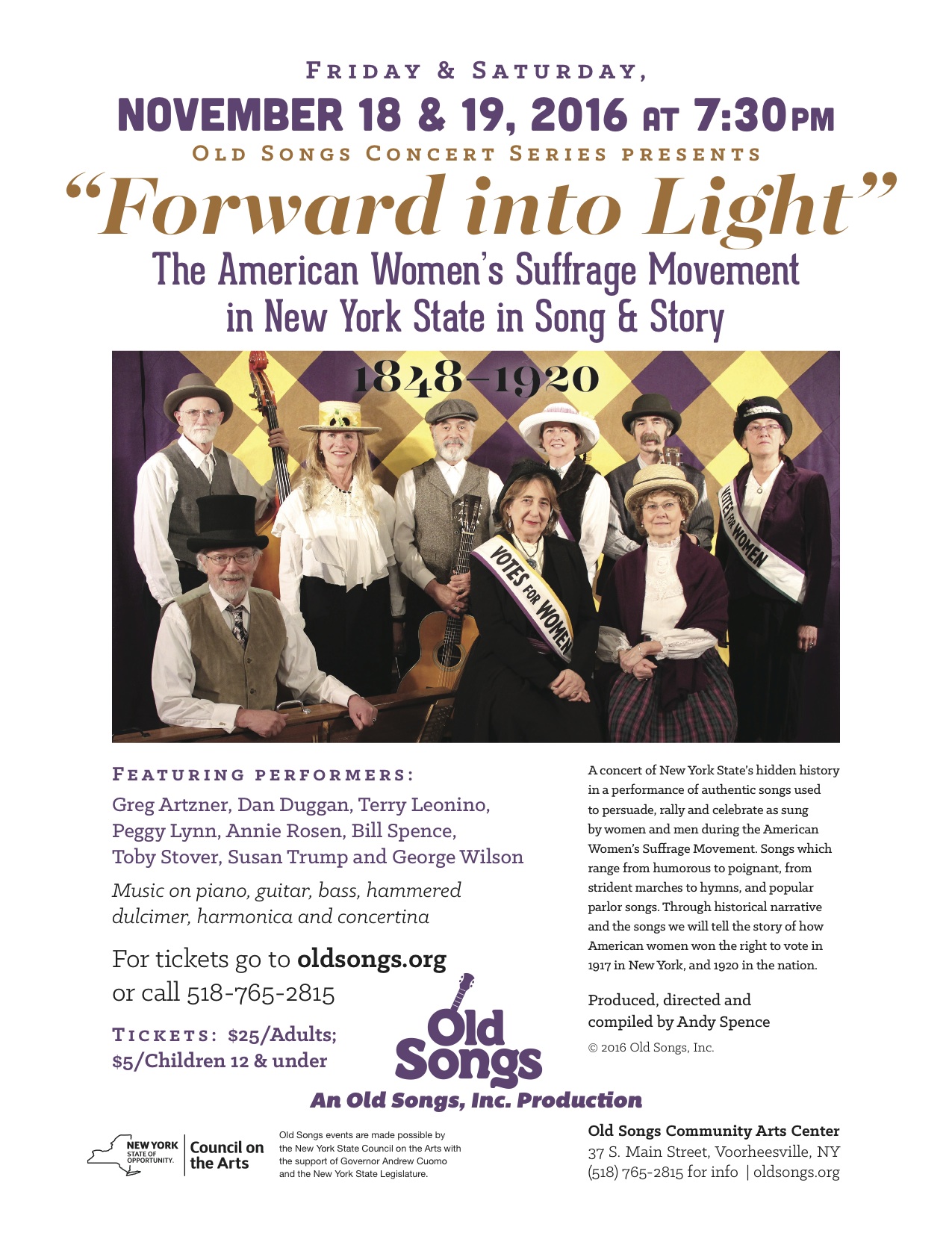 Suffrage movement in NYS in song and story!