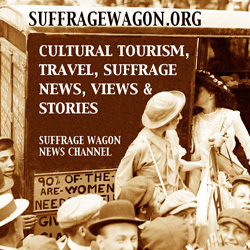 I’m still working out the details of my Susan B. Anthony speech for the party commemorating the June 19, 1873 presentation Susan gave in court at the Ontario County, NY courthouse for her trial for illegal voting. The occasion: her trial for illegal voting. The courthouse is located in what’s known as the “Cradle” of the women’s rights movement in the United States, not far from Rochester, New York –a great idea for historical road trips this summer.

Susan B. Anthony sure had spirit, and I wrote about it in Suffrage Wagon’s spring newsletter. After describing the upcoming party’s skit planning in the last blog posting, someone wrote in to note that Susan hadn’t actually been handcuffed. She’d held out her hands for handcuffs, but the arresting officer refused to comply before taking her downtown for booking. Many scripts are rewritten during the process. I love the feedback and need all the help I can get in this celebration of spirit.

Be forewarned, however. Susan B. Anthony’s 1873 speech isn’t for the thin skinned. Susan let loose about the injustice of second class citizenship for women. Her words are now included in lists of great American speeches. For someone like Susan B. Anthony to stand tall and give the judge hell must have taken courage and a truckload of chutzpah.

I love the potential surprises associated with Susan’s trial speech. At the 2011 party where I featured Susan’s trial, I invited guests to wear period costumes. One women chose a dress once worn by her grandmother, and others supplemented with hats and scarves. The tea table groaned with freshly-baked sweets. Grandmother Edna’s great-great grandchildren provided the entertainment — live music on violin and viola. I shared about the suffrage project I’ve been doing online since 2009. And then the trial skit. It was so much fun, I decided to do it again this year! I’ll write up the entire play shortly so you can see it doesn’t require a rehearsal, though you might do a test run first.

Send me an email at suffragewagon at gmail dot com if you need any encouragement! “Zahniser and Fry’s biography shines a bright light on the ‘elusive’ figure of suffragist Alice Paul (1885–1977). A woman whose life bridged the ‘first’ and ‘second waves’ of feminism, Paul was once a towering figure in American suffragist politics, having cut her teeth on the battle for women’s voting rights in Britain. The elegantly constructed narrative combines the filaments of Paul’s precocious life into an incisive tale, beginning with her Quaker upbringing and following her as she emerges as an activist and agitator.”

Follow the Suffrage Wagon with news and views of the suffrage movement. Celebrate women’s freedom to vote. Carry on the “Spirit of 1776.” 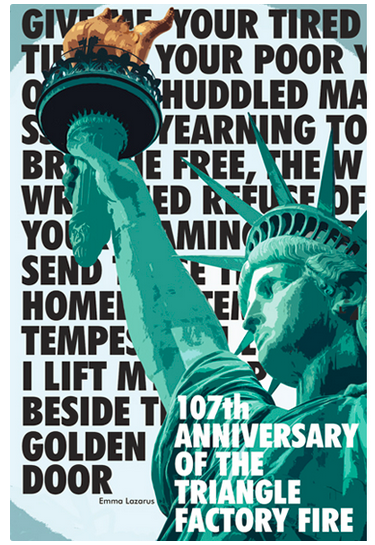 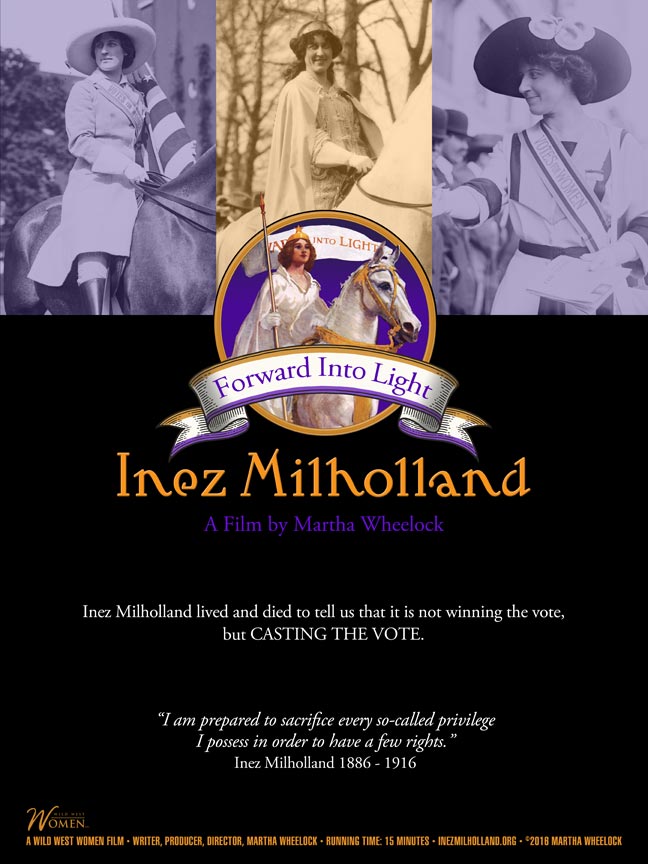 August 6th is the birthday of Inez Milholland!