I love this story about Grandmother Edna Kearns! 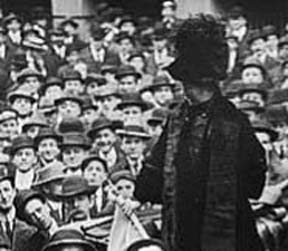 Here’s what happened almost a hundred years ago. Grandmother Edna Kearns expected to be a speaker at a community event as she set out for the evening with this purpose in mind. She was, after all, as the article notes: “a well known suffrage speaker.” When turned away at the door of a Republican Party rally, Grandmother Edna didn’t take the situation lightly. She stood up on a automobile nearby and expounded on the topic of Votes for Women to the people passing by on the street, as well as those headed to the meeting. She held forth for at least two hours and refused give in –one example of many instances of her hard-headed style.

After the event, Grandmother Edna made certain more people knew about what happened. She wrote for the Brooklyn Daily Eagle, and this article appeared on November 1, 1915. It’s worth a read. Not only because it’s yet another untold story of the suffrage movement. But it’s a lesson in determination and persistence that we can learn from today. The photo above isn’t of Grandmother Edna, but it illustrates the interest suffrage speakers sparked when they spoke in the streets. 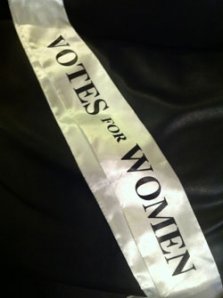 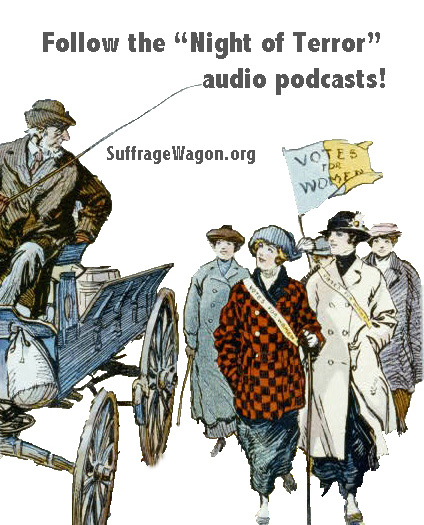 Sun and Heat Couldn’t Keep Them from Their Task