Episode #5. Bess and Edna argue about marriage and other things on Vimeo.

Bess and Edna may have been the best of friends, but often they didn’t agree. Edna read Mary Wollstonecraft’s classic work, A Vindication of the Rights of Woman because Bess insisted. And Edna agreed that when women were treated like second-class citizens, they made compromises and often acted strange out of confusion or just simple survival.

Bess shocked her friends when she told them to be careful about not becoming a “servile parasite.” That’s the term  Mary Wollstonecraft used in her book. Bess said it made her think twice about accepting the way things were. This was tempting to do, Bess insisted. Young women had a choice. To live within the cage society carved out for young women. Or step out of expected roles and face the obstacles facing all those who decided to be free.

For Bess, reading Mary Wollstonecraft only reinforced her determination to consider living the single life. Women wanted freedom, Wollstonecraft wrote, but this freedom had been “bartered for splendid slavery.” Many people considered Mary Wollstonecraft the mother of the women’s rights movement. The words of Mary Wollstonecraft  reached the ears of Bess about how Lucretia Mott kept Wollstonecraft’s Vindication handy in a central location at her Philadelphia home. Mary may have lived in a different time and across the ocean, but her words resonated with Bess and many others her age.

Lucretia Mott had been a legend in Philadelphia because of her involvement in the Seneca Falls, NY women’s rights conference in 1848. People said that Lucretia could quote entire passages from Mary Wollstonecraft. A Vindication of the Rights of Woman made such an impression on Lucretia Mott that she urged her friends to read it, especially Elizabeth Cady Stanton. Mott was married, which in Edna’s mind suggested the possibility of making marriage work for a modern woman of the early 20th century. If someone’s husband believed in equality and equal rights, marriage wouldn’t turn into a prison. But Edna never imagined finding a man who could change her mind about remaining single until she met Wilmer Kearns.

RESOURCES: You can listen to both books by Mary Wollstonecraft on Librivox, free. Mary: A Fiction and A Vindication of the Rights of Woman. 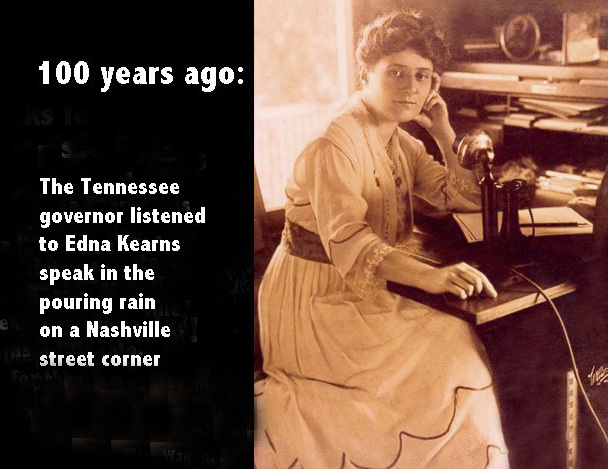