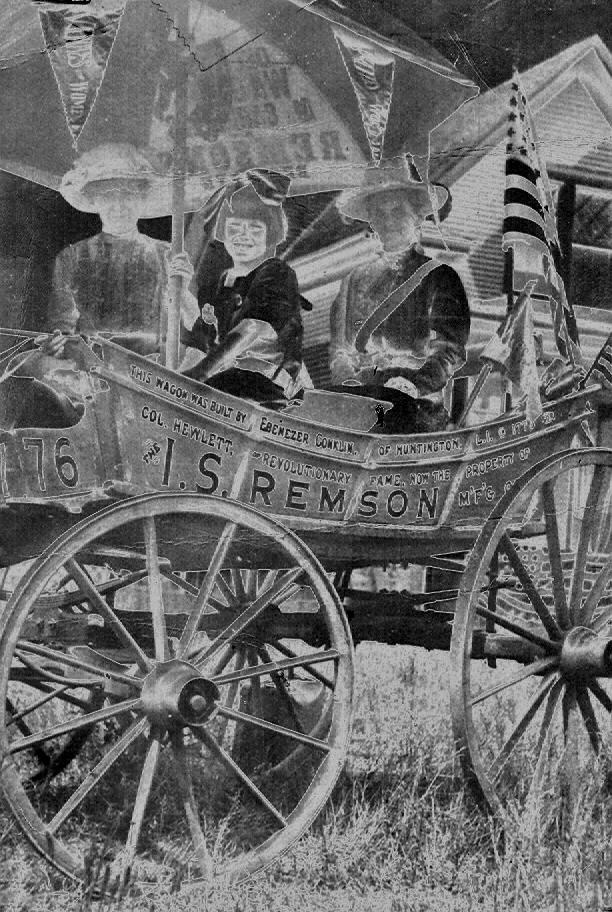 And you thought the “Spirit of 1776” suffrage campaign wagon was safely tucked away in a warehouse of the New York State Museum near Albany, NY. Wrong! The security team at the museum warehouse will note the wagon is in its usual place. However, the wagon’s 1776 spirit is heading out in late September for a blogging tour of the “Cradle” of the women’s rights movement in the US .

Your spirit can join in with the fun. Follow the Suffrage Wagon by signing up for a seat on the blogging bus. It’s free. You don’t have to leave home. And if for some reason, you can’t join us live, stop by when it’s convenient. Join us at LetsRockTheCradle.com

The suffrage wagon called the “Spirit of 1776” is considered an important part of American history. Here are 12 reasons why:

1. The suffrage wagon a prime artifact of the suffrage movement in NYS and the nation;

2. The suffrage wagon can be exhibited in a stationary place or taken on the road to travel;

3. The wagon symbolizes the national suffrage theme of the unfinished American Revolution and the “Spirit of 1776” theme of the Declaration of Sentiments going back to Seneca Falls in 1848;

4. The suffrage campaign wagon is in the collection of the NYS Museum and already has been seen by thousands of people in an exhibit at the state museum in 2010 and Governor Andrew Cuomo’s Capitol exhibit in 2012;

5. The wagon has a constituency of people who follow its stories from history through an online multimedia news and story platform called Suffrage Wagon News Channel (http://suffragewagon.org);

6. The wagon has been well documented in its history, including coverage of the “Spirit of 1776” wagon’s travels by the New York Times, the Brooklyn Daily Eagle, the New York Tribune, and many other papers in 1913;

7. The New York Archives magazine in Albany, NY is preparing an article on the “Spirit of 1776” wagon that is scheduled to appear in October 2013;

8. The wagon is representative of the extensive grassroots organizing that was necessary for NYS suffrage movement leaders to campaign in 1915 and ultimately win the franchise for New York’s women in 2017;

9. The “Spirit of 1776” has come to represent the decade-long activism of the Kearns family (Edna, Wilmer, and their daughter Serena and descendants) for whom the NYS woman suffrage movement has been a family affair;

10. The “Spirit of 1776” wagon symbolizes the tens of thousands of activists that it took to win the vote for women nationally and how the movement also involved communities large and small across the nation;

11. The “Spirit of 1776” wagon continues to develop the theme of the 2012 Governor’s Capitol exhibit, “From Seneca Falls to the Supreme Court: New York’s Women Leading the Way”;

12. The suffrage campaign’s centennial of its first journey in July 1913 will be celebrated throughout 2013, and the wagon has a long shelf life in terms of public interest and the development of cultural tourism from now through 2017 and 2020, the NYS and national centennial of women voting in the United States.

The “Spirit of 1776” is another way to rock the cradle of the women’s rights movement in the US. Sing along.