What was suffragist Edna Kearns concerned about 100 years ago?

Pennsylvania, New Jersey, and Massachusetts women were also quite aware of the challenges before them. And an enormous amount of effort was poured into these state campaigns. Although the prospect of votes for women in these four states were defeated, the national momentum toward victory in 1920 with the ratification of the 19th Amendment to the U.S. Constitution was well  underway.

This letter sent to suffragist Edna Kearns in January 1915 shows that activists on the community level freely communicated their needs and challenges with each other. In this letter,  one activist reached out to Edna Kearns to pick her brains about the use of film to bring women out of their homes and introduce them to woman suffrage.

THE SIGNIFICANCE OF FILM IN SOCIAL MOVEMENTS LIKE SUFFRAGE

Film is an especially important medium today. Check out Suffrage Wagon’s “Crash Course on Suffrage Film” that features film and video selections from today and yesterday, all of them extremely important in introducing the public to the suffrage movement, here and abroad.

Are you up to date about the upcoming film, “Suffragette,” from the UK that’s expected to be released in September 2015? The BBC suffrage movement sit com is in its second season. Watch the trailer. And books continue streaming out of the UK, in particular the recently-released work on English suffragette, Princess Sophia. This book by UK broadcast journalist Anita Anand is especially interesting because of its six-figure advance.

The asterisk above next to the byline refers to the link to an appeal for people to step forward as “History Communicators.” Take a close look at a passion many of us already share. 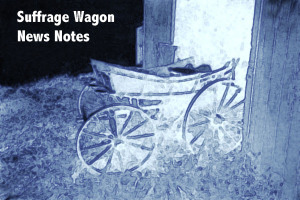 A two-part article about the politics of the proposed Harriet Tubman national park & Nov. 2013 News Notes

My Grandmother Stepped Up to Volunteer! 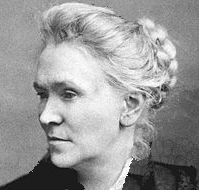