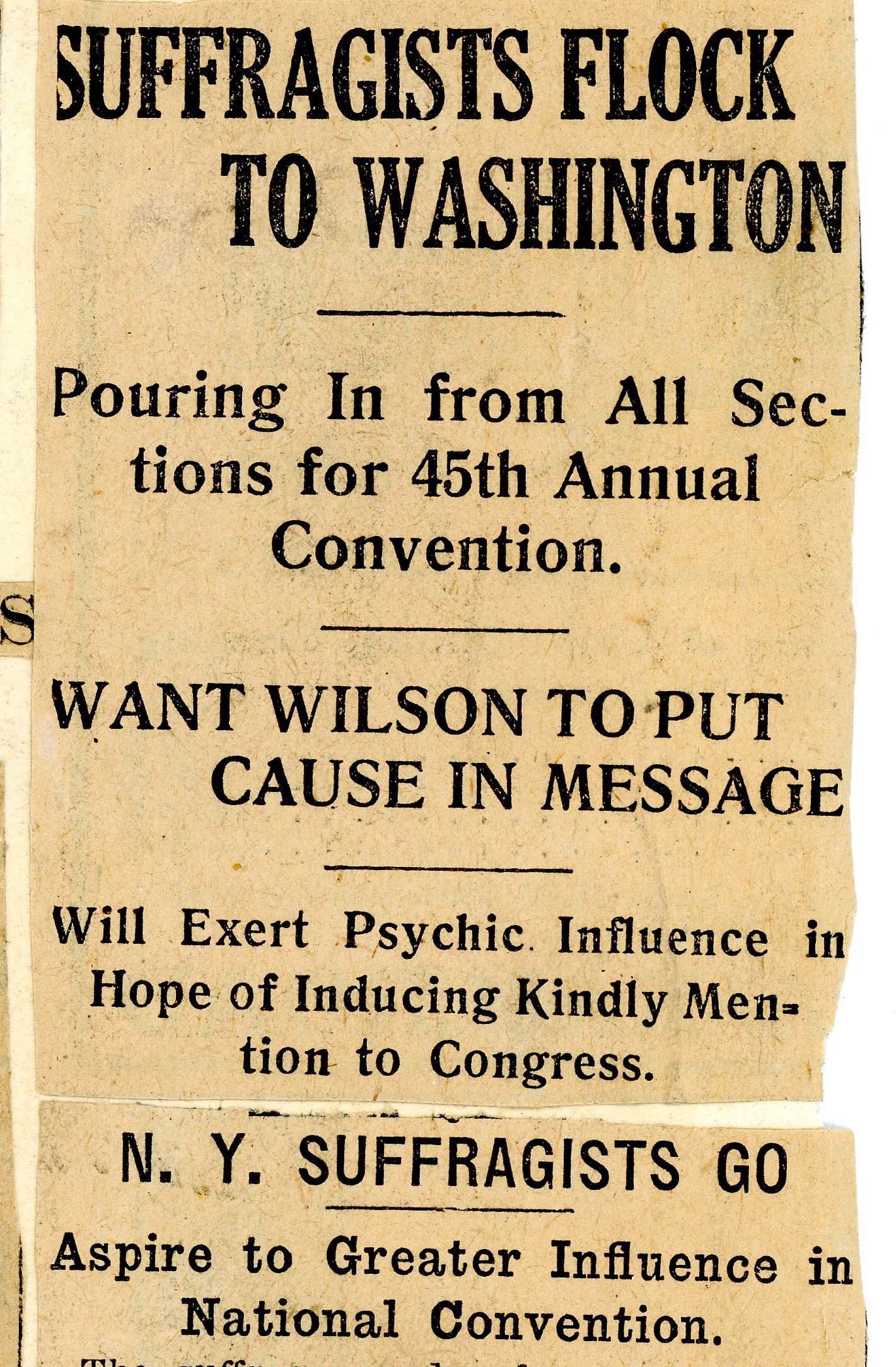 It’s one thing to read about the split between Alice Paul and the main suffrage organization at the time, NAWSA. It’s quite another to realize that Grandmother Edna Kearns witnessed it. An article in the New York Tribune in November following the big 1913 suffrage parade laid out how the New Yorkers headed to Washington, DC for the NAWSA convention. Edna boarded the train with the New York delegation, accompanied by women whose names may be familiar to lovers of suffrage history: Inez Mulholland, Mary Garrett Hay, Elisabeth Freeman, Ida Craft, Mrs. Arthur Livermore, Portia Willis and many others. It would be the national convention where the split between NAWSA’s direction and that of Alice Paul came to the fore in its recorded documents.