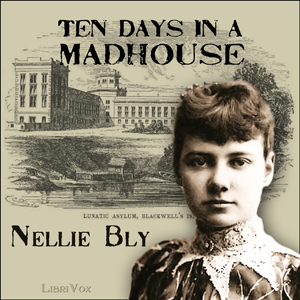 I’m back on this second day of the women’s history festival celebrating the opening of the Suffrage Wagon Cafe. This four-day festival started with my welcome greeting followed by the opening of the doors of the Suffrage Wagon Cafe. There was even a reminder that when you’re planning your next vacation, take a look at the video about visiting Seneca Falls, New York. It’s in the “Cradle” of the women’s rights movement in the United States. Some folks consider it a destination for travel, but for me and many others, it’s a pilgrimage that women’s suffrage movement fans take seriously.

In this Suffrage Wagon Cafe feature, we’re focusing on Nellie Bly, one of America’s early investigative reporters. And there’s an upcoming film: “10 Days in a Madhouse.” Pull up a seat for two videos and an audio selection. The more I know about reporter Nellie Bly, the more I appreciate the shoulders on which my grandmother Edna Kearns stood when she covered and edited Votes for Women news for New York City metropolitan newspapers from 1910 to 1920.

SPECIAL ON SUFFRAGE WAGON CAFE: The production team for the upcoming film, “10 Days in a Madhouse” estimates its release date to be late in September of 2015.

VIDEO: 10 Days in a Madhouse Trailer from TriCoast Studios on Vimeo.

AUDIO READING OF “10 DAYS IN A MADHOUSE”: This is a selected reading from Librivox. Nellie Bly’s writing about her undercover work is in the public domain. This edited selection is part of Suffrage Wagon’s audio collection on Soundcloud.

AN IMPORTANT ANNOUNCEMENT: The “Suffragette” film from the UK has released its international distribution date as October 2015.