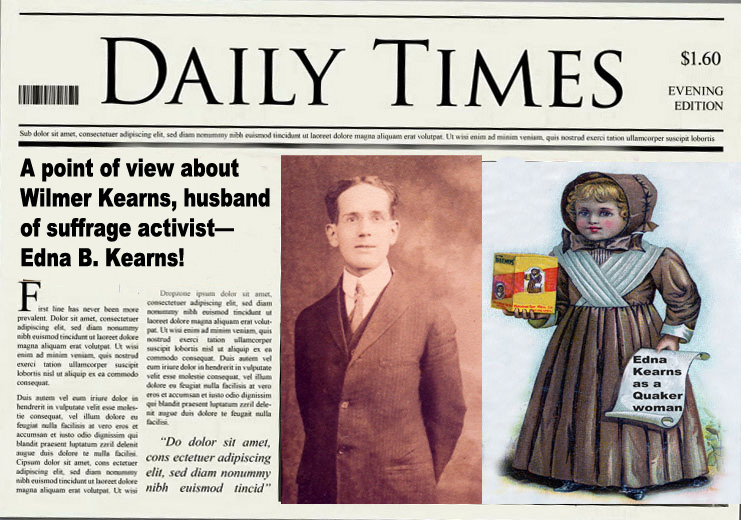 “An Unfinished Revolution:
Edna B. Kearns and the Struggle for Women’s Rights”

Edna Kearns’ husband Wilmer faced a dilemma: does he risk censure, and worse, from his neighbors and colleagues or does he renounce his wife’s dedication to equal rights? This was a perplexing question that many others had faced before him. What is the price of progress, the personal price? How is doing the right thing going to affect me and my family? Showing the same resolve as those who brought justice to the wild west or fought for an end to slavery in the east, Wilmer had the character and courage to stand up for justice regardless of the personal cost.

Wilmer Kearns was one of the rank and file in the early 1900s. He was a fledgling accountant in New York City, a working man, a regular guy living with his family in both New York City and later, Long Island. He was Edna’s loyal husband, a caring parent and upstanding citizen. Yet when he backed equal rights for women, many of his neighbors and the other employees at his job raised their eyebrows.

The women’s suffrage movement included many bold women who became agents of change themselves. Often, to support them, their spouses or partners looked after the home and took care of business. It is refreshing to learn more about Wilmer and men like him – women’s allies, colleagues and family members who backed their drive for equality. Wilmer wholeheartedly supported his wife’s efforts to organize everybody in their home town to support votes for women despite the furor it raised. He consciously made women’s cause a priority in his marriage.

Wilmer, like many of his contemporaries, was trying to find his way in the turbulent times he lived in. He wasn’t an activist like Edna, but he marched in suffrage parades with other male supporters, kept the wagon working, watched their daughter when his wife was away, and gave his unqualified support. He was Edna’s partner and his story reflects the experiences of many men across the country and through the years who quietly but critically shared women’s drive for freedom. A video about finding men allies to support women’s rights! Suffrage Wagon News Channel has been publishing since 2009. 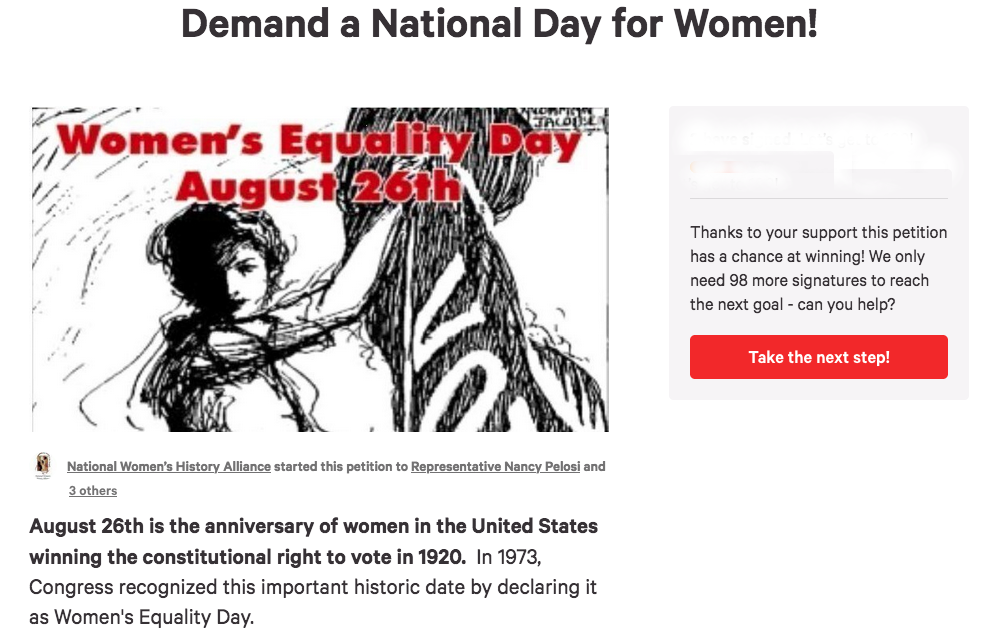 Sign the petition in support of making August 26th a holiday of national significance!!